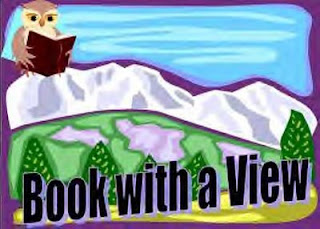 Title: On Being God: Beyond Your Life's Purpose
Author: Carl Bozeman
ISBN:  978-1439244845
Available on Amazon.com
Reviewer:  Yvonne Perry of WITS

This book is filled with some of the most profound statements and insights of any book I have read regarding the limitations we place upon ourselves.
The book opens with a new interpretation of what the story of Garden of Eden really implies. Carl’s take on this is right on and makes complete sense that the alleged serpent is actually our ego, which deceives us with endless mind chatter that keeps us from knowing we are gods.  There was no serpent beguiling eve. Her own thinking deceived her and she shared with Adam her logical conclusion that we are something other than god. We are so much greater than we have realized. We are individuations of the divine source. We were not created in God’s image; instead many times we create our own image of god. We limit him as we have limited ourselves with our egoic thinking.
“The idea that within each of us is the god we seek is so contrary to what we have been conditioned to believe that the mention of it is to blaspheme against the finite god we think we know and believe in,” writes Carl on page 22. “Our reasoning protects us from the awesome power and responsibility of being god and accepting our divine nature and seeing beyond the reality we have come to know. . . We yield our divine nature to the reasoning of others who think that what they know is what we should believe . . .  The judgments we make are the essence of all our sorrows, suffering, and sadness in this reality.”
Another strong point the book makes is that there is no sin, hence we are sinless. Some readers may have a hard time grasping the fact that there is no good and evil, right or wrong, but if Christ paid for our sins then how is that different from the idea that there is no sin? Unless we throw out the Bible and dismiss it entirely, we must admit that this is the major theme in Jesus’ teaching: don’t judge. “Forgive everyone” is the same as saying, “if you cannot accept the idea that there is no sin, forgive everyone of what you think or claim to be sin.” Gods do not judge at all. Only man in his current ego-ridden state of assessing what is good and evil judges in any way and then places such characteristics on god. Gods can only exist in neutrality that makes no judgments about anything and accepts unconditionally every act or event as part of the infinite range of possibilities.
For me, the highlight of the book was Bozeman’s interpretation of the parable of the talents spoken of in the New Testament where Jesus tells of a man traveling to a far country, leaving his wealth with his servants to manage until he returns. Removing judgment from the equation as Carl so eloquently does, we see that the man, who hid his talent because he was afraid of his master’s reputation, is actually afraid of his own divinity. A lesson for all of us who are afraid to step into our power.
Lastly, the book anticipates that some people will refuse to change their minds or believe differently even when they know that what they currently hold as truth is to their own detriment. That is the working of the ego at its self-protective core. The ego knows that anything we ascribe to god we have within ourselves. In order to realize our god-like nature we must overcome our need to judge others. The more we get rid of judgment, the more of God we will see in ourselves. Naturally, in order to continue its own existence, the ego will show us creative ways to keep judgment alive. It’s our choice. Are you a god or not?

The Internet, as well as the technological advances that have flowed from its creation, has undoubtedly made our lives easier in countless ways.  The world is smaller and business faster; vast libraries of knowledge are now only a Google search away.  But this progress is not without a price, for it has also created a new type of criminal, and turned the rest of us into his potential victims.
We have all seen the commercials for companies offering protection from identity theft; we have all seen the news stories about our government agencies, hacked into by internet pirates. Like it or not, cybercrime has become part of our daily reality, and this reality requires a different kind of hero.  In the world of novelist Romina Wilcox, that hero is the young software architect and amateur sleuth, Joanne Gravtiz.
Gravitz, who Romina Wilcox refers to as “an ordinary woman placed in extraordinary circumstances”,  first made her appearance in the 2007 thriller, Cold Eyes; where, after creating security software of the same name, she helped the FBI find the computer hacker who had brutally murdered  a college professor.   Now, in Wilcox’s much-anticipated follow-up novel, The Calendar, Gravitz is back to stop a tech-savvy terrorist from staging another attack against OmegaSoft, the corporation for which she works.
As the story opens, Gravitz has it all: a loving fiancée and a recent promotion to manager of OmegaSoft’s Critical Security Department.  Now, as the company competes for a highly lucrative contract with the Department of Homeland Security, a terrorist with an agenda known only to himself blows up one of the company’s facilities. Joanne Gravitz is charged with conducting damage control with the now-skeptical Homeland Security Department, but she decides that while she’s at it, she’s going to find out who is targeting OmegaSoft—and its employees—for destruction.   As she races against time to find the killer before he can strike again, she learns that he is tracking her movements   vitz and the deadly opponent who knows how to manipulate the technology as well as she does.
In creating the world of her gripping suspense novels, cybercrime expert Romina Wilcox has combined her training in computer forensics with her fifteen years of real world experience in Silicon Valley. One thing’s for sure, The Calendar is so good that it will have everyone “marking the days” until her next novel.

Labels: book with a view